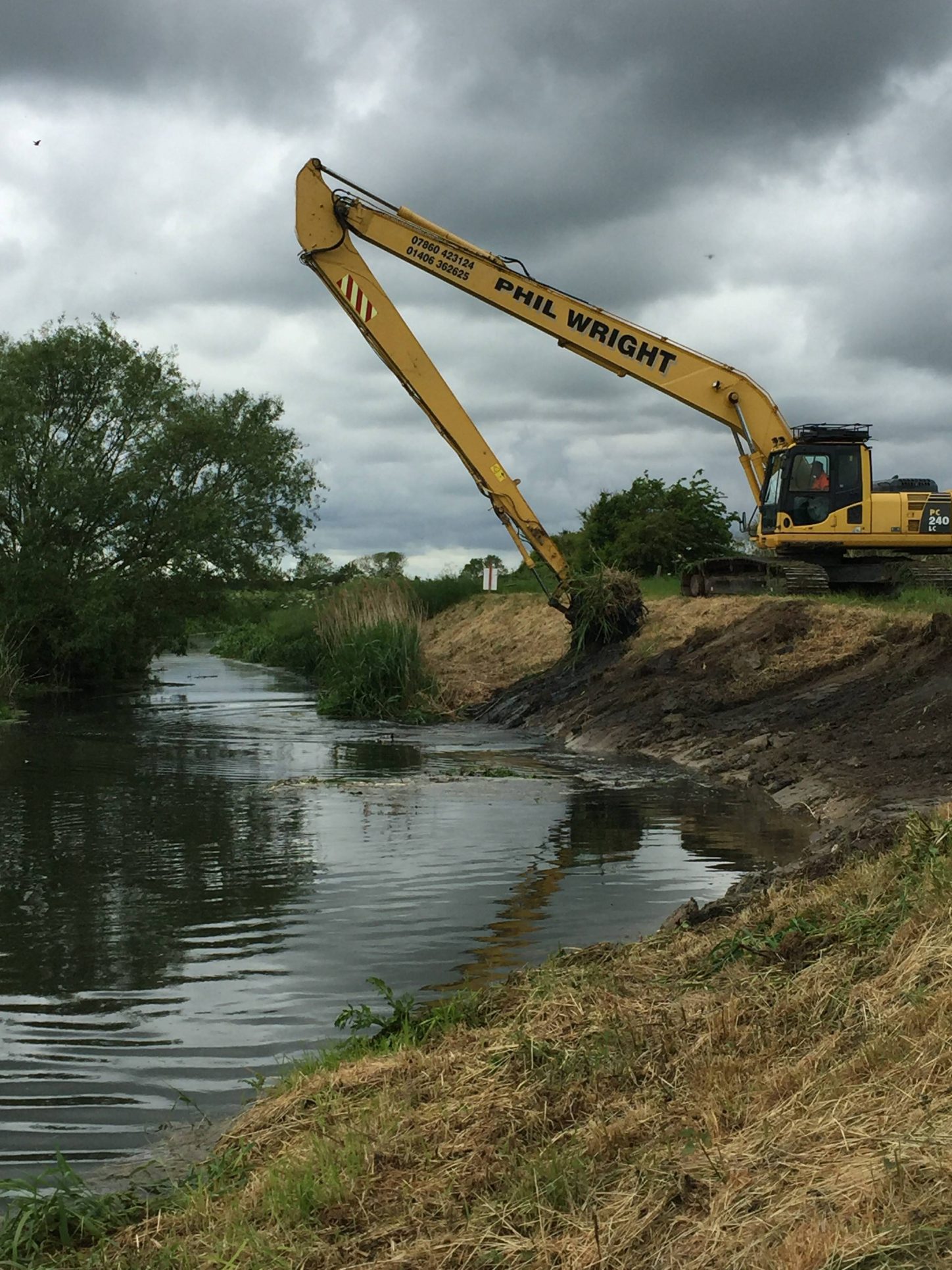 Part of the Destination South Kyme project is the construction of a winding hole above the village. The recent successful LEADER bid saw the installation last year of two landing stages in South Kyme together with information boards about the history and significance of the navigation. However, it was always accepted that in order to encourage an increased number of visitor boats to the village, the Trust would have to provide the opportunity for them to turn. This is not to discourage boats from travelling to the current head of navigation at Cobblers Lock but to accept that, for some, the restricted air draft at Ferry Farm Bridge, or problems with weed, could mean a long reverse back to Taylors Lock.  Fear of that prospect might well deter weekend visitors to the navigation.

Protracted discussion with the landowner and his solicitor had delayed the start of construction but, finally, a licence was agreed and signed, the Environmental Permit was in place and work started on site on May 28th. The design will incorporate fish refuge and spawning areas and the Trust is very grateful for help from the Environment Agency in the design and funding for these. Much appreciated financial assistance has also come from individual donors, the East Anglian Waterways Association and the IWA.

After all the delays, it was great to see Phil Wright on site with an impressive digger and to see preliminary excavation taking place. When that is completed, coir roll and matting will be installed by volunteers to provide the necessary environmental mitigation and enhancement.

Just to prove the justification of the works, if justification were needed, SNT volunteers on site on the second day of construction were somewhat surprised when a 50’ narrowboat appeared on the scene having come up from South Kyme. The crew were delighted to see the winding hole taking shape and decided to give it a try. With a bit of help from Phil Wright who obligingly dug out a foot or two more, he was able to turn and is therefore the first boater to enjoy the benefit of the construction. Naturally the Trust hopes he is the first of many and that the increased use of the navigation helps to make the case for further restoration into Sleaford.