The names Kyme Eau and Slea can be traced back to Anglo Saxon, ‘cyme ee’ meaning ‘the river that flows through Kyme, and in Old English ‘sleow’ meaning ‘a slimy muddy stream’.

The first record of the River Slea being used as a navigation is during the reign of Edward III. Navigation of the river was not easy, the Fens were still marshy and undrained. The Kyme Eau (the name of the most easterly section) flowed through the lands of Gilbert d’Umfraville, Earl of Angus and lord of the manor of Kyme. He petitioned for the right to levy tolls on boats in order to maintain and improve the state of navigation, hence proving that the river was used for navigational purposes prior to 1343. The Earl wanted to raise the banks of the Slea so that when the surrounding marshland flooded the line of the river would be indicated, enabling safe passage. 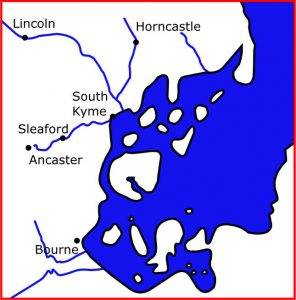 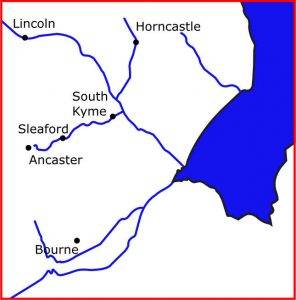 The coastline before the drainage of the fens

The late eighteenth century saw an increased interest in the possibility of water transport. The first canal project to be completed was the Bridgewater Canal, an entirely man-made inland waterway constructed with the sole purpose of transporting coal from the mines at Worsley to Manchester. The impact of the Bridgewater Canal was such that, even before its completion, industrialists had noted the practical values that water transport held. The decades after the opening of the Bridgewater in 1761 saw the Mersey, Trent, Severn and Thames rivers linked by series of canals.

The residents and businessmen of eighteenth century Sleaford were anxious to benefit from the new transport system and commissioned exploratory surveys of the Slea. Differences in water level and obstructions caused by use of the water to drive mills would need to be overcome for the river to be financially viable as a means of transport.

The original survey for a Navigation, made by James Creassy in 1773, states that, “… a great Part of the Country lying between the Port of Boston and New Sleaford, consists of Fen and low Grounds, which afford no materials fit for making capable of sustaining Carriages loaded with heavy Articles.” The need for some means of reliable transport into Sleaford for trade was vital. Creassy’s report and survey clearly explained the advantages of a Navigation, a river made navigable by engineering. The trade connections with Boston and Lincoln were highly sought after, roads were impassable for transporting goods, it was a much needed boost to Sleaford’s economy. 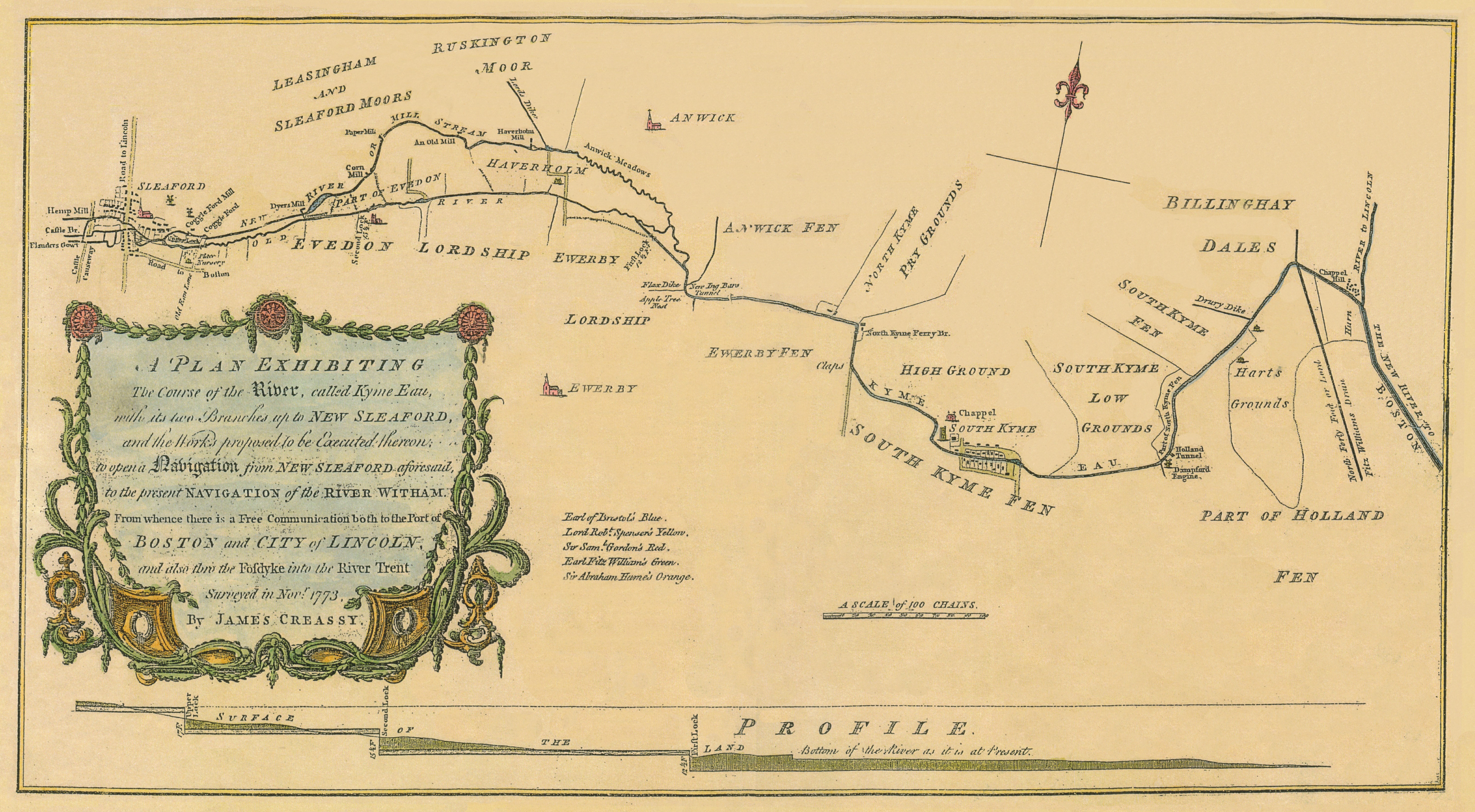